Hard to believe it's already been 5 years. 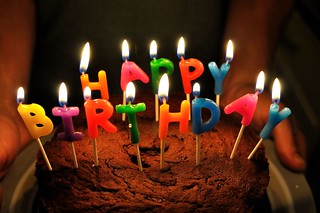 Have you been enjoying the contests?

FIVE contests are now running on JobMob as part of this anniversary week.

All the contests are still open for entries. Enter each contest separately to win as many prizes as possible: (and there are some good ones!)

Enter at least one contest, it only takes a few minutes. You can always transfer the prize to someone who needs it.

Or if you don't enter a contest, tell at least one friend who might be interested, ok?

All the winners will be announced next Monday, March 26th. Enter now!

It was a good year

The best edition yet was full with 25 guest authors, 68% of whom won at least one prize for their articles, which were shared over 6000 times as over 250,000 people visited JobMob during the contest. Amazing. And there's a 6th edition this summer to look forward to.

Quoted in the Media

JobMob and/or I were mentioned or quoted on Lifehacker, Mashable, The Guardian, MSN.com, US News & World Report, Psychology Today and more.

StumbleUpon's Stumblethru is limited to a select group of websites that are particularly popular on the Web and specifically on StumbleUpon itself such as Wired.com, TechCrunch, Billboard and more.

By clicking the Stumblethru button appearing in the JobMob sidebar, you can visit the most popular JobMob articles courtesy of StumbleUpon.

[POLL] Have You Ever Googled Your Name? had over 500 votes, and it wasn't even on JobMob as long as some of the other polls this past year.

Readers and Visitors: More Than Ever

There are so many people that I'd like to thank for the success of the site, but unlike last year, I'm not going to name names because someone always gets left out. I'll keep it short.

I'd love to hear from you. Say Happy Birthday in the comments! Then go enter one of the contests…