Starting a 5th year and counting… 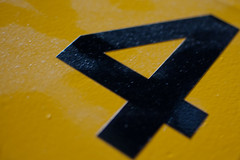 Although JobMob's first blog article appeared back in December 2006, I waited until March 21st 2007 before officially launching the site with press releases and fanfare.

Of course with that name, it would be mostly about job search (although the first article wasn't) and I always felt it could appeal to a wide audience (although the first articles didn't), but it took some time for me to discover my blogging voice or rather, for me to really become comfortable with growing that voice in public, with its ups and downs while you, my kids, the Googlebot and just about anyone was watching.

That must be why one of the first posts was a craptacular piece about making mistakes in public and coming out smelling like roses. (It's ok, you don't need to read it. Seriously, resist the urge to click.)

I've had a lot of fun so far, a lot more than I expected. And if you can believe it, I don't even like writing (!).

Well, that's only partly true. I don't like doing what I consider to be writing, but I definitely still enjoy blogging, being creative and looking for ways to do things differently.

Most importantly though, I love meeting and re-meeting great people from around the world, across all professions and cultures, while trying to help as many people as possible and getting some help myself. From people such as…

Thank you for all the support

Jason Alba of JibberJobber. Gold Sponsor of 2010's 4th Annual JobMob Guest Blogging Contest and a co-blogger who regularly mentions JobMob. One of the people I appreciate most online and an all-around great guy.

Susan P. Joyce of Job-Hunt.org. Another good friend, fun to chat with and great for bouncing ideas off of.

Tim Tyrell-Smith of Tim's Strategy and the Career Sherpa, Hannah Morgan. Two of the most underrated job search bloggers coming out of America.

Dan Schawbel of The Personal Branding Blog. Also a sponsor of last summer's guest blogging contest, a friend and a Twitter RT champ of JobMob articles.

All other JobMob sponsors, of contests, events, articles, etc.

Melissa Cooley of The Job Quest. Another up-and-coming job search blogger who chips in to support JobMob in every way.

The many guest authors, whether they contributed once, or multiple times in the past year like Nisa Chitakasem of Position Ignition, Moshe Egel-Tal of IsraPay and Ronni Kives.

All other job search & recruiting bloggers who respond quickly when I ask, like with the 56 Most Popular Job Search Blog Posts of 2010.

All Community Favorites contributors, especially the repeaters such as Susan Ireland of Susan Ireland's Job Lounge and Heather R. Huhman of Come Recommended.

Friends like Uriah Av-Ron of Oasis PR and David Corman of J-Town Productions, who are quick to bring mentions of JobMob to my attention and others'.

Everyone who emailed, messaged, called, and reached out in anyway to give me feedback about the site or JobMob content they saw anywhere else.

YOU, for reading, learning, sharing, enjoying and giving back in any other way that you do. It would be easy to say that the past 12 months have been the biggest yet for JobMob, but that doesn't tell the whole story.

It was also gratifying to finally upgrade to better hosting services, just one of the updates that were made throughout the year to make JobMob faster and better.

However, I missed out on my main goal for the year, which was to launch my first paid product.

But that last one has only been delayed, and work has been ongoing for some time…

The first announcement with more information will appear next due to technical issues: Wednesday, March 30th 2011.

Wish JobMob a happy birthday in the comments below…