Great examples of good job emoji to inspire you.

Back in my in Computer Science days in the '90s, most of our work in the labs was spent facing screens that rarely had more than two colors displayed at a time, usually  orange  or  green  text on a black background.

It was so dreary (although arguably easier to focus).

Nowadays, the bright colors of emoji are a lot more interesting to look at than plain text, and their designs get cuter and more fun all the time.

If you like that kind of thing. Which I do.

However, in the party pooper world of corporate recruitment, fun and cute don't often play well (there are some fantastic exceptions).

A 2017 study called “The Dark Side of a Smiley: Effects of Smiling Emoticons on Virtual First Impressions” concluded that:

Reading a little deeper, the implication is more that you should avoid using emojis in a work context when trying to impress people who don't know you, while the work emoji use is OK with people who do, such as colleagues, collaborators, etc.

As you'll see below, job seekers seem to be taking this lesson to heart while, surprisingly, it's recruiters who haven't been getting the message.

Here are some of the creative ways job seekers and recruiters are using emoji.

This was actually created as a joke to write in emoji: Although they don't often send them to recruiters, designers love to make creative resumes to show off their skills, and this one is no different: 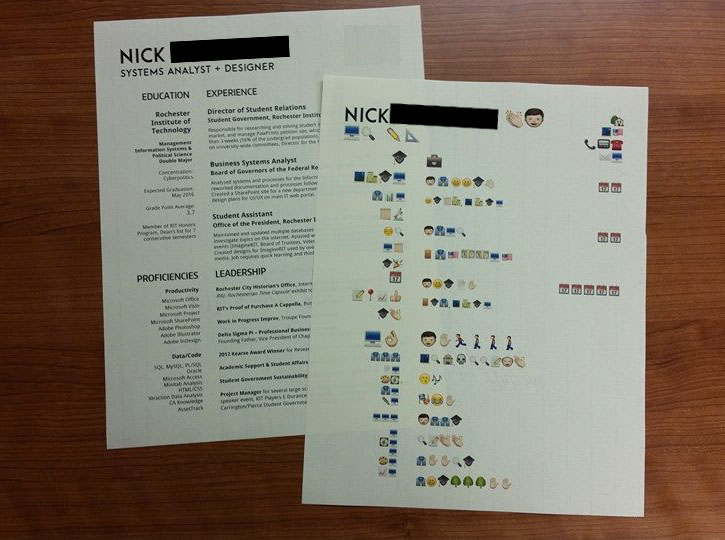 The same picture above, created with a mosaic of emoji (make your own) 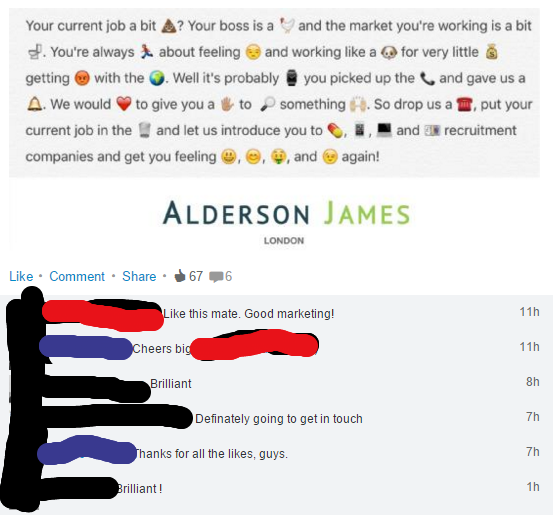 Emoji used in a recruitment ad for engineers and developers In 2016, L'Oreal asked people to apply for jobs with emojis:

It wasn't so funny when a restaurant in the UK rejected a waitress applicant with a laughing emoji: The restaurant later apologized, explaining that “the texts were sent in error and were intended for our manager, not the candidate. However, we expect our team to act professionally at all times and to give constructive feedback after any interview via email.”

GiveAGradAGo came up with funny emoji combos that summarise how a job interview went:

“You love the company but you're unsure about the salary”

“You’re quickly on your way to the top”

“You were too nervous / shy to ask the right questions”

“You turned up late to the interview”

“You got the job, signed the contract, feeling magic, beers”

Emoji poem about the lack of women in corporate workplaces Have you seen emoji used in job search or recruitment? What kind of impression did it leave on you? Tell us in the comments